Gettle Vaughn Law sets itself apart from other firms because of its tireless work ethic, compassion and results. The attorneys and staff aim to provide the clients with the utmost satisfaction, patience and understanding. Pick up the phone and call today. 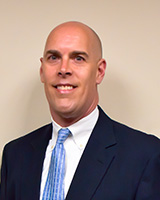 Greg and his wife, Felicia live in Springettsbury Township. They have three children: Alexis, Olivia and Harrison. His interest include Aviation, Sports (especially Penn State), and Spanish Language. 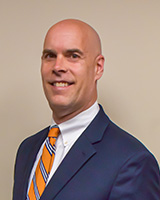 Jeff and his wife, Chrissy, live in York Township and have a daughter, Natalie. His interests include exercising and sports. 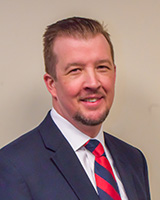 Pete Vaughn was born on February 15, 1975, in York, Pennsylvania. He grew up in York City, graduating from William Penn Senior High School in 1993. He studied at Hampden-Sydney College in Farmville, Virginia, before transferring his credits to Penn State-Main Campus in State College, Pennsylvania. He graduated in May of 2000, with a bachelor's degree. After college, Pete taught at his high school alma mater before deciding to go to law school.

In 2001, Pete enrolled at the Widener University School of Law in Harrisburg, Pennsylvania. Throughout law school, he worked in criminal law as an intern at the York County District Attorney's Office. He also learned the civil side of the law by working under the tutelage of his father, Glenn. In the spring of 2004, Pete graduated from Widener and took the Pennsylvania Bar Exam, passing on his first attempt.

Upon admission to practice law in Pennsylvania in the fall of 2004, Pete began working as a Deputy Prosecutor in the York County District Attorney's Office under the Honorable H. Stanley Rebert. He prosecuted all types of cases, trying dozens of bench and jury trials. For almost two years, he was assigned to the Special Case Unit prosecuting juvenile delinquents and adult sex offenders. He left the District Attorney's Office in January of 2008, to start practicing with his father, full-time, under the firm name The Vaughn Law Firm LLC. Pete became the owner of the firm in 2015. In 2020, Pete merged the firm with the Gettle family to form Gettle Vaughn Law.

Jeremy D. Williams is a graduate of the Pennsylvania State University where he received dean's list recognition and a Bachelor of Science degree in Sociology. Jeremy received his Juris Doctorate degree from Widener University School of Law where he focused his studies in the areas of criminal law and criminal procedure. While attending Widener, Jeremy served as a judicial law clerk for the Honorable Andrew H. Dowling, Dauphin County Court of Common Pleas, participated in Widener University's Intensive Trial Advocacy Program and was a finalist in the Trial Advocacy Honor Society's prestigious Hugh B. Pearce Memorial Trial Competition.

Upon graduating from law school, Jeremy immediately began his career in private practice as an associate with a firm that focused on DUI defense all over the Commonwealth. During his tenure, he received specialized training in the U.S. Department of Transportation's DUI/DWI Detection and Standardized Field Sobriety Testing and the methods by which prosecutors prove toxicology which he continues to use defending clients today.

Prior to joining Gettle Vaughn Law, Jeremy attained the position of partner at The Vaughn Law Firm LLC where he was responsible for several hundred criminal cases each year and successfully defended clients in all stages of criminal proceedings. His defense representation included preliminary hearings, arraignments, pretrial conferences, suppression of evidence, probation and parole violation/revocation hearings, bench and jury trials, sentencing, and appellate practice.

His experience, knowledge and skills obtained by litigating thousands of criminal cases helped develop an uncanny ability to identify issues and challenges that his colleagues cannot, which has led to favorable results for his clients at trial and on appeal. To illustrate, Jeremy's advocacy in the areas of United States and Pennsylvania arrest, search and seizure have quite literally limited the way law enforcement may obtain search warrants and has earned him published recognition by leading experts in the field. See Commonwealth v. Manuel, 2018 PA Super 232 (In overturning a conviction for manufacturing drugs, the Superior Court ruled that "information provided by a confidential informant, whose reliability has not been adequately corroborated, cannot supply the basis for either a search or an arrest); See also David Rudovsky, The law of arrest, search and seizure in Pennsylvania (10th ed. 2019).

Jeremy is admitted to practice before the Pennsylvania Supreme Court and is an active member of the Pennsylvania and York County Bar Associations. He focuses his practice in the areas of DUI, Drug Offenses and Violent Crimes, primarily handling cases in South Central Pennsylvania. 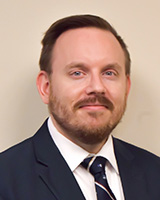 While attending Widener, Attorney Kozak was a member of the Phi Alpha Delta International Law Fraternity - Pepper Chapter, serving as an officer for the chapter in his final year and spending a semester as a certified legal intern, handling various civil cases through Widener's Civil Law Clinic.

With internships in both the Lycoming County District Attorney's Office and the Office of the Public Defender of Lehigh County, as well as being a former law clerk to the Honorable Craig T. Trebilcock here in York, Attorney Kozak has extensive knowledge and experience in the practice of Criminal Law.

Along with his time spent as a CYS caseworker, Doug was also law clerk to the Honorable Andrea Marceca Strong, Administrative Judge for the Family Courts in York County, giving him additional insight and experience in the practice of Family Law. While not a native of York County, Doug calls the area home. As an associate attorney at Gettle Vaughn Law, Attorney Kozak strives to bring the best results for his clients. 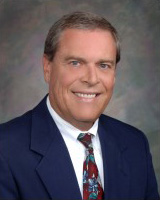 Greg and his wife, Gloria, live in York Township and are the parents of twin sons, Gregory and Jeffrey, and a daughter, Valarie. His interests include spending time with his grandchildren. 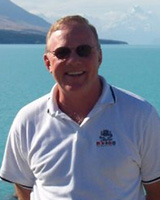 Glenn was born November 4, 1944, in Danville, Virginia. He graduated from Hampden-Sydney College with a Bachelor of Arts degree in 1966, and from the Dickinson School of Law with a Juris Doctorate degree in 1969. He was admitted to the Pennsylvania Bar on December 1, 1969.